A key aim of the course has been to deploy underwater robots in the field, and to get a feel of field operations using AUVs in extreme conditions. In this spirit missions were conducted to survey three locations in the Isfjorden area: 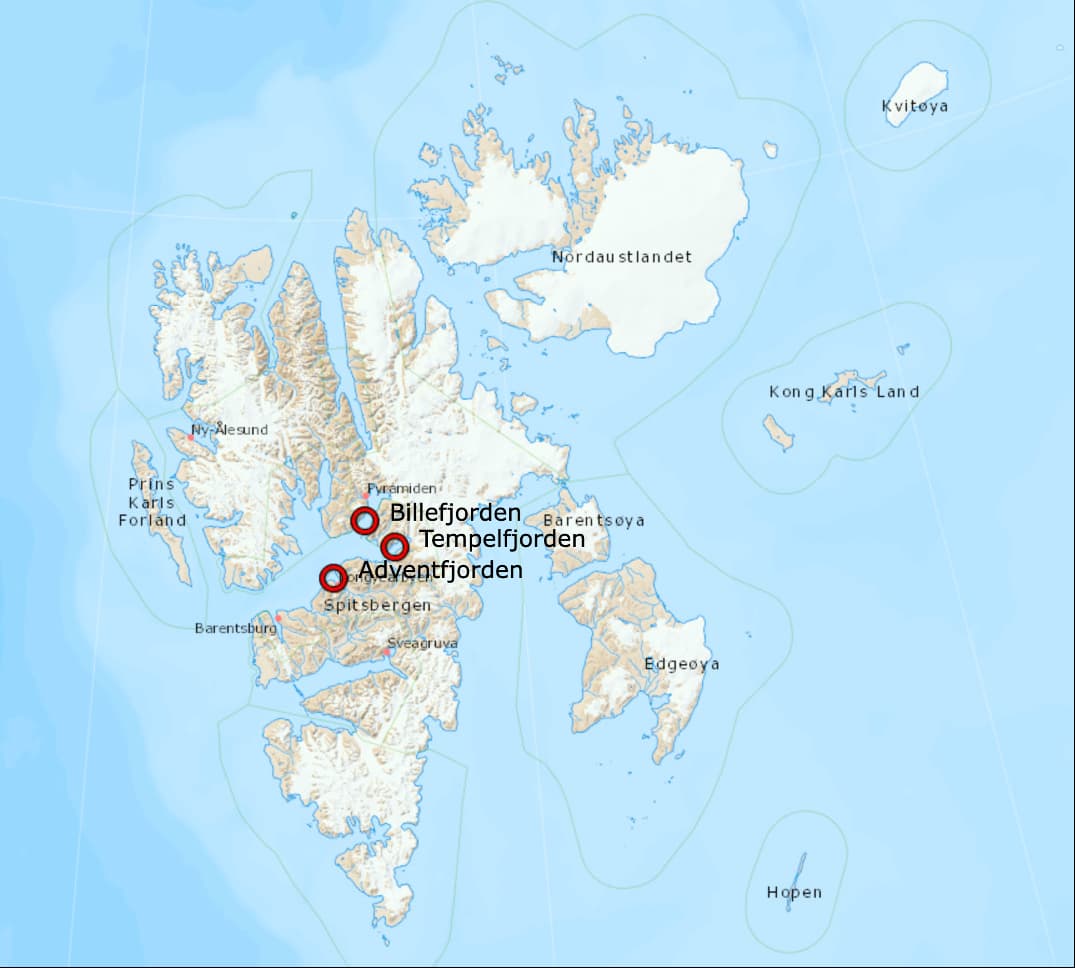 We spent 4 days in the field going out in two boats – the Polarcirkel boat Kolga and UNIS’s small research vessel Hanna Resvol. Hanna was equipped with the AUV Fridtjof which had a sidescan sonar for imaging the seafloor as well as a small ROV. The main objective with AUV Fridtjof was to seek out and map interesting seafloor features. Kolga was equipped to deploy AUV Roald, whose payload was designed for water column sensing. Onboard sensors included a Conductivity-Temperature-Depth (CTD) probe, as well as optical sensors to measure cholorophyll concentraten , dissolved oxygen concentration and water turbidity. These sensors could help provide a picture of primary production in the area. Incidentally, the AUVs Fridtjof and Roald were named after famous Norwegian polar explorers — can you guess whom?

It was incredible to launch and operate AUVs near icebergs and glaciers! Even though we followed a sequence of checklists and fallbacks, the challenge of course was to make sure that they came back in one piece! Anxious periods of waiting occured when the AUV was underwater, with us huddled around a display waiting on satellite messages from Iridium, or on getting an acoustic ping. While those of us on the Kolga shivered, lucky (or unlucky) ones on Hanna got to sit indoors with a cup of coffee! We also tried launching the ROV, but high turbidity meant that visibility was very low with the cameras, and we couldn’t see any interesting features.

We weren’t alone out in the field. Along with PhD students from NTNU as field instructors, we had the company of a pod of beluga whales near Nordenskjoldsbreen, as well as arctic terns, fulmars and puffins everywhere else! Luckily, we didn’t have big white furry friends joining us for lunch on shore, and we returned with as many people as we started out with.

The Kolga at a glacier front with freezing research students. Photo: Daniela Torres 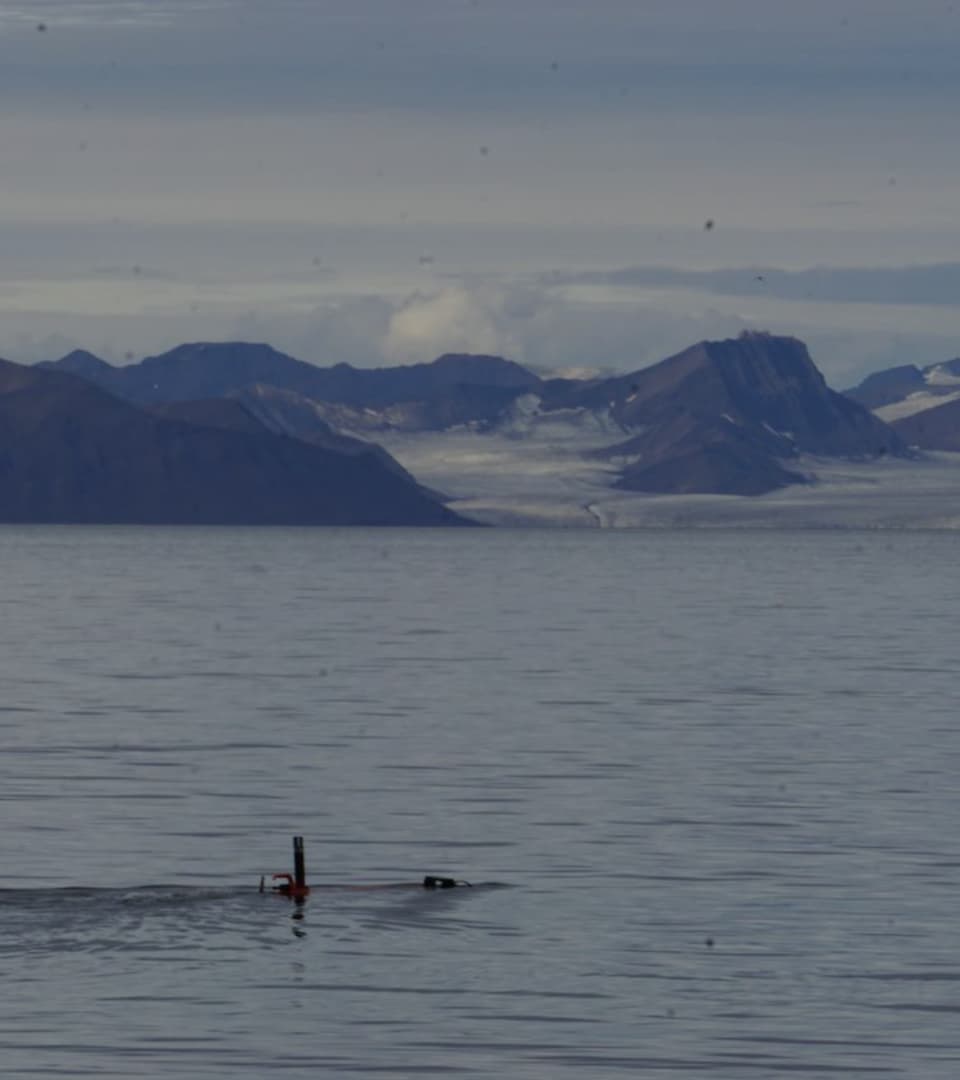 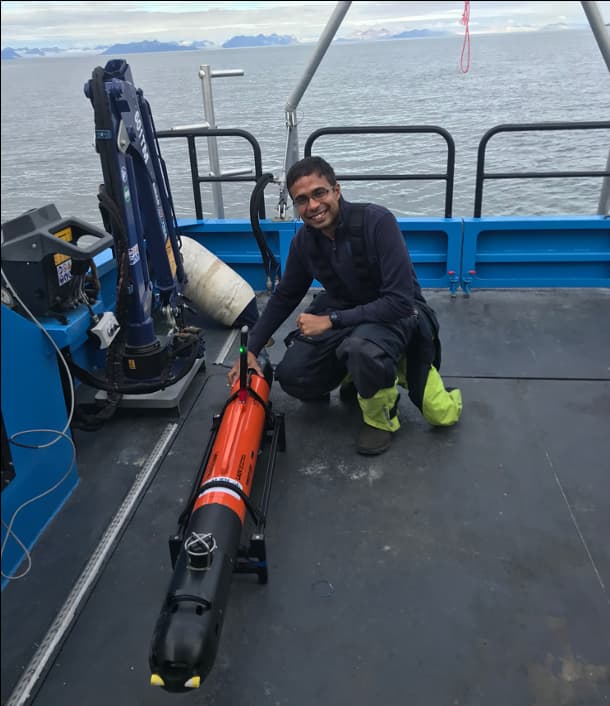 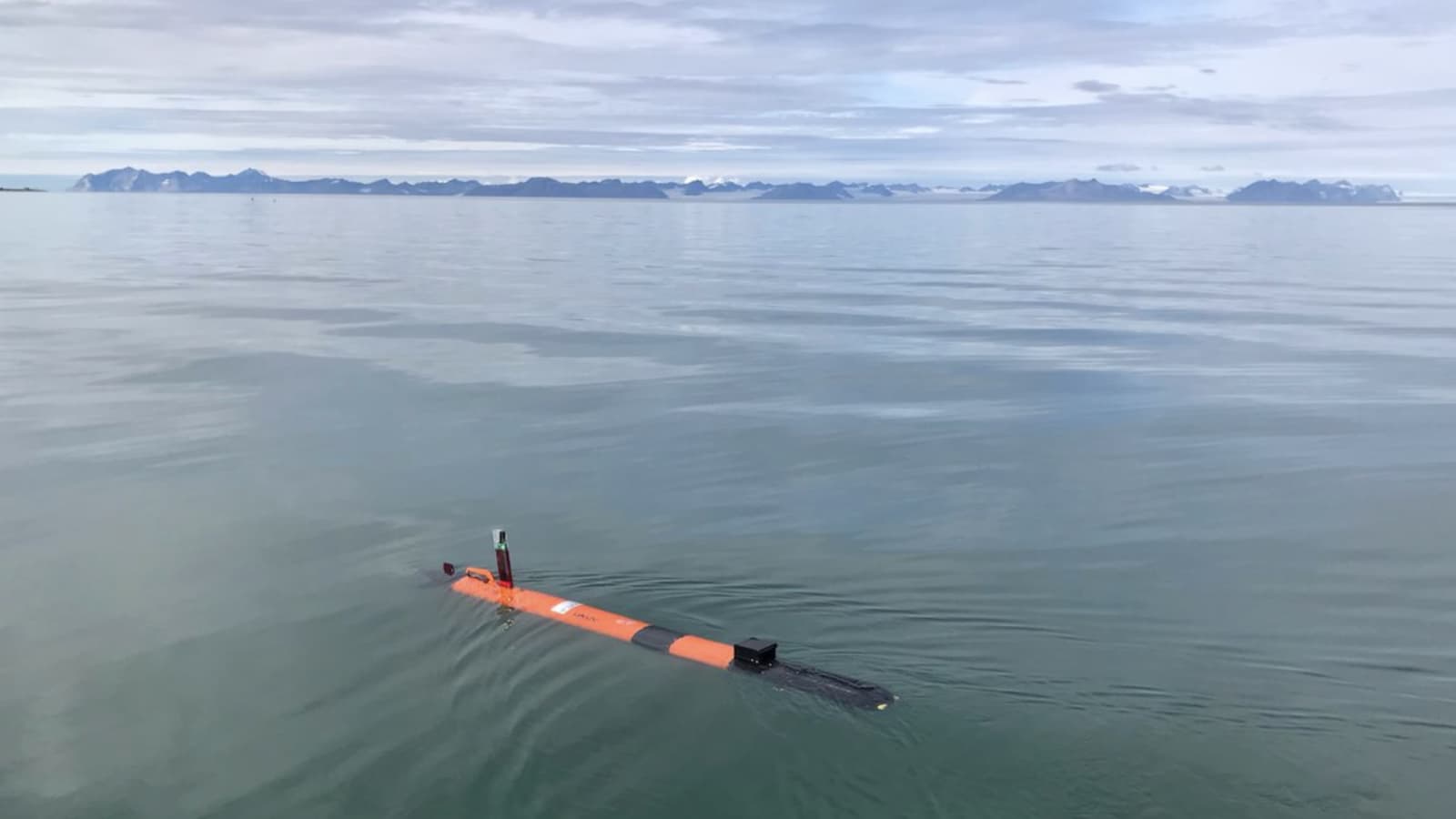