Taking a sneak peek at some of the AUV data from Billefjorden, we can see a salinity plot showing seawater at –2°C deep down, and warmer and fresher water at lower depth. The environmental sensors tell us there are peaks for chlorophyll and dissolved oxygen concentration at 10m and 60m depths respectively, while the turbidity also peaks close to 10m. Sample sidescan images show a varying bathymetry near Pyramiden, with several peaks and troughs. 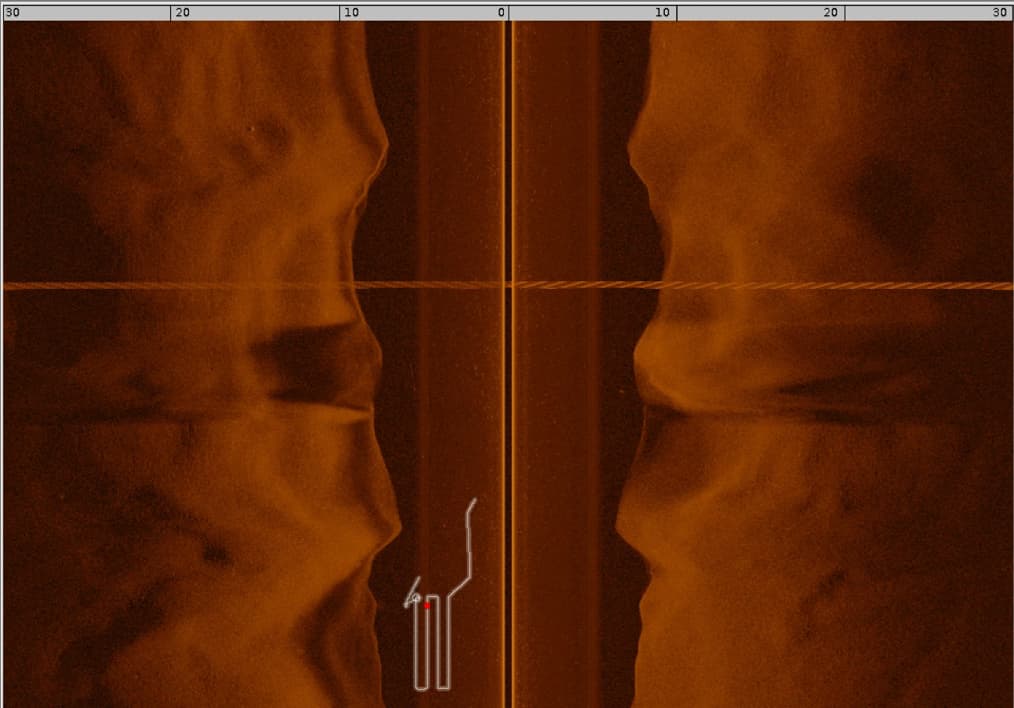