By Ivan SteniusAugust 3, 2022Svalbard
No Comments

After two nervous weeks due to an airline strike, we’ve finally set out from Stockholm to the island of Spitsbergen in Svalbard!

The Svalbard archipelago in the high Arctic is the world’s northernmost permanent settlement. Belonging to Norway, it was first landed upon by Dutch explorer Wilhelm Barentsz in the 1500s, then became a temporary base for whalers in the 1700s, a coal mining settlement in the 1900s and finally serves as an outpost for polar research today. The University Centre in Svalbard(UNIS) hosts researchers and students from a variety of disciplines in polar science and technology.

Svalbard is a frontier in understanding and measuring the state and impact of climate change on our plant. Marine robotics has a role to play in these measurements, and we are going to Svalbard to learn how. 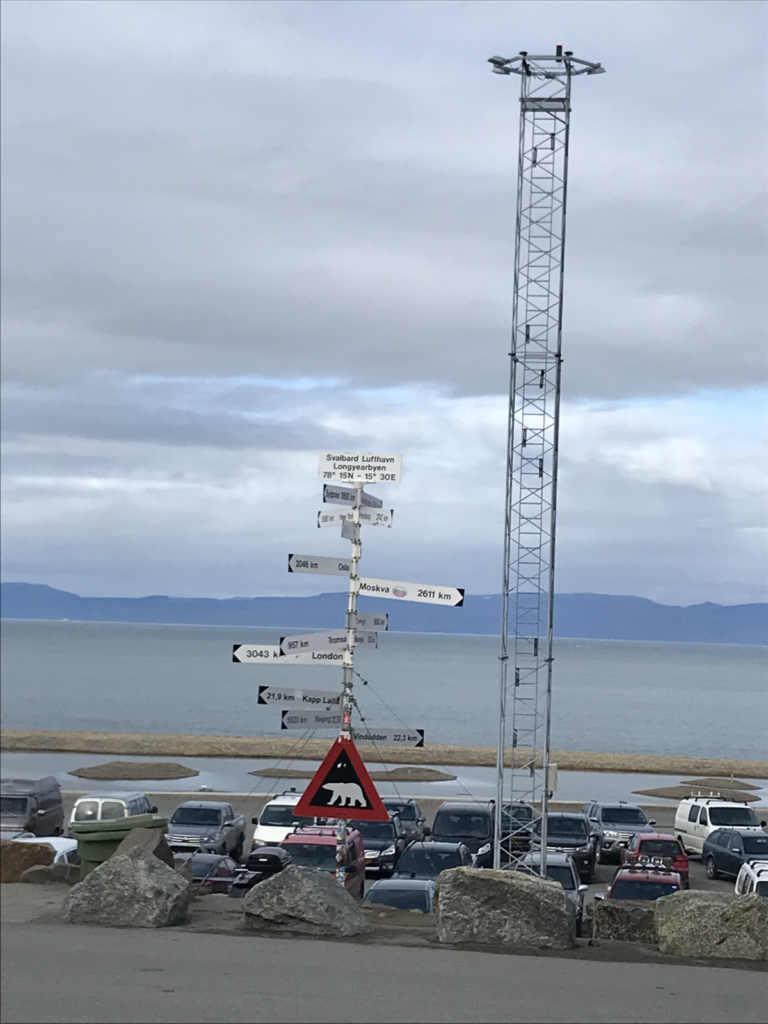 Here in this picture, you see a polar bear warning sign, at Longyearbyen Airport, 78°N!