Boaty McBoatface (the name of the Autosub Long-Range, the British AUV onboard) has caused some real ups and downs on the cruise recently!

At midnight Feb 8, Boaty was supposed to be back from a mission going 20 km (!) in under the Dotson Ice Shelf. The ALR team put the towfish into water to attempt for acoustic communications with Boaty for 10 hours, 21 communication attempts at different locations. But… She did not show up for the party…

At around 10am Feb 8th, the ship moved on for other tasks. Boaty had a mission time-out at midnight Feb 9. At mission time-out, she was supposed to abort her mission (if she was somehow still on it…), get up to surface for recovery. This time, we searched for her for three hours. No luck.

Eventually, after three hours, we had to move on to glider deployment (at 4am) and RAN deployment (at 6 am). At this point, I (and I’d guess most people on the ship) had lost hope and thought that she was gone for good.

At mid rats 23:30 Feb 9 (the last meal of the day that the kitchen serves), I bumped into the ALR team. They’ve been watching films, reading books and going to the gym. On the surface it was hard to guess their emotions, but if I were them, I’d probably be quite stressed out.

After mid rats, we got back to the Dry Lab. And all of a sudden people gathered in front of Ashley’s screens for ALR. Boaty has been sending us satellite messages for the past 30 minutes!!! She is on surface! She is ALIVE!!!

The ship immediately aborted the CTDs that we were doing at the time, and we transited directly from Martin Peninsula to western Dotson, where Boaty’s messages suggested she was. The transit took three hours, but there she was!!! 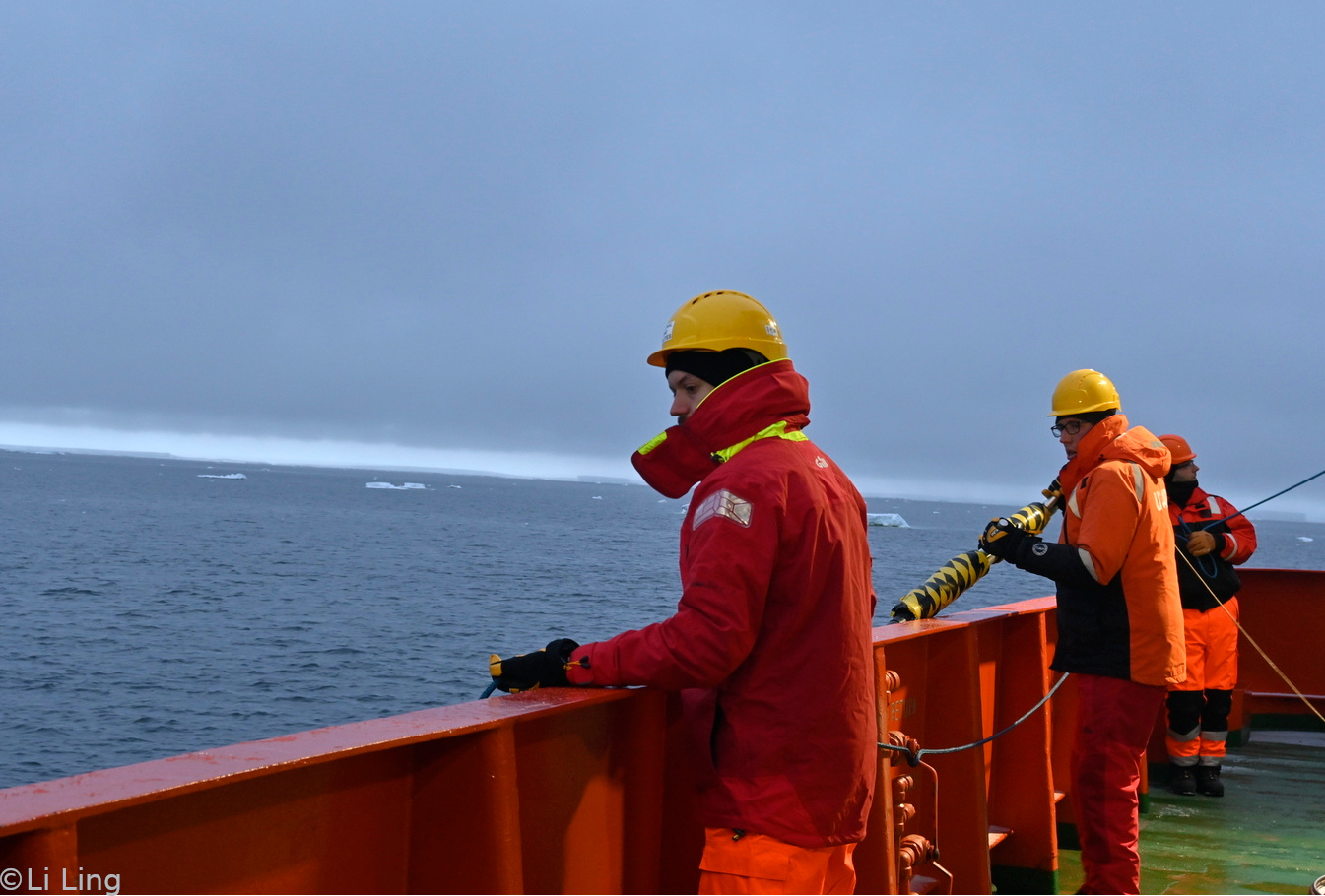 The ALR recovery today (From left to right: Davide, Ashley and Philip) 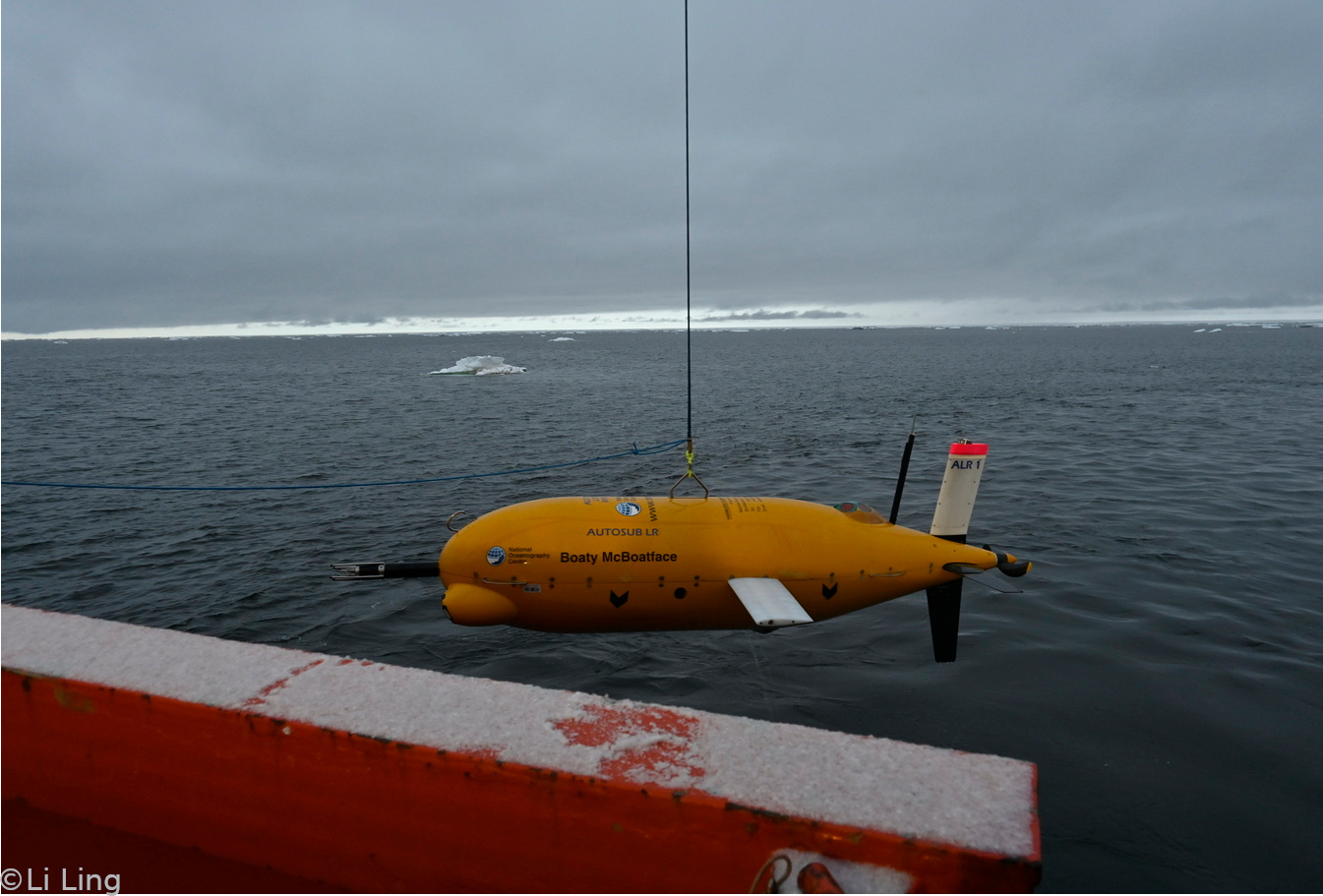 A lost-for-two-days Boaty getting onboard the ship again! 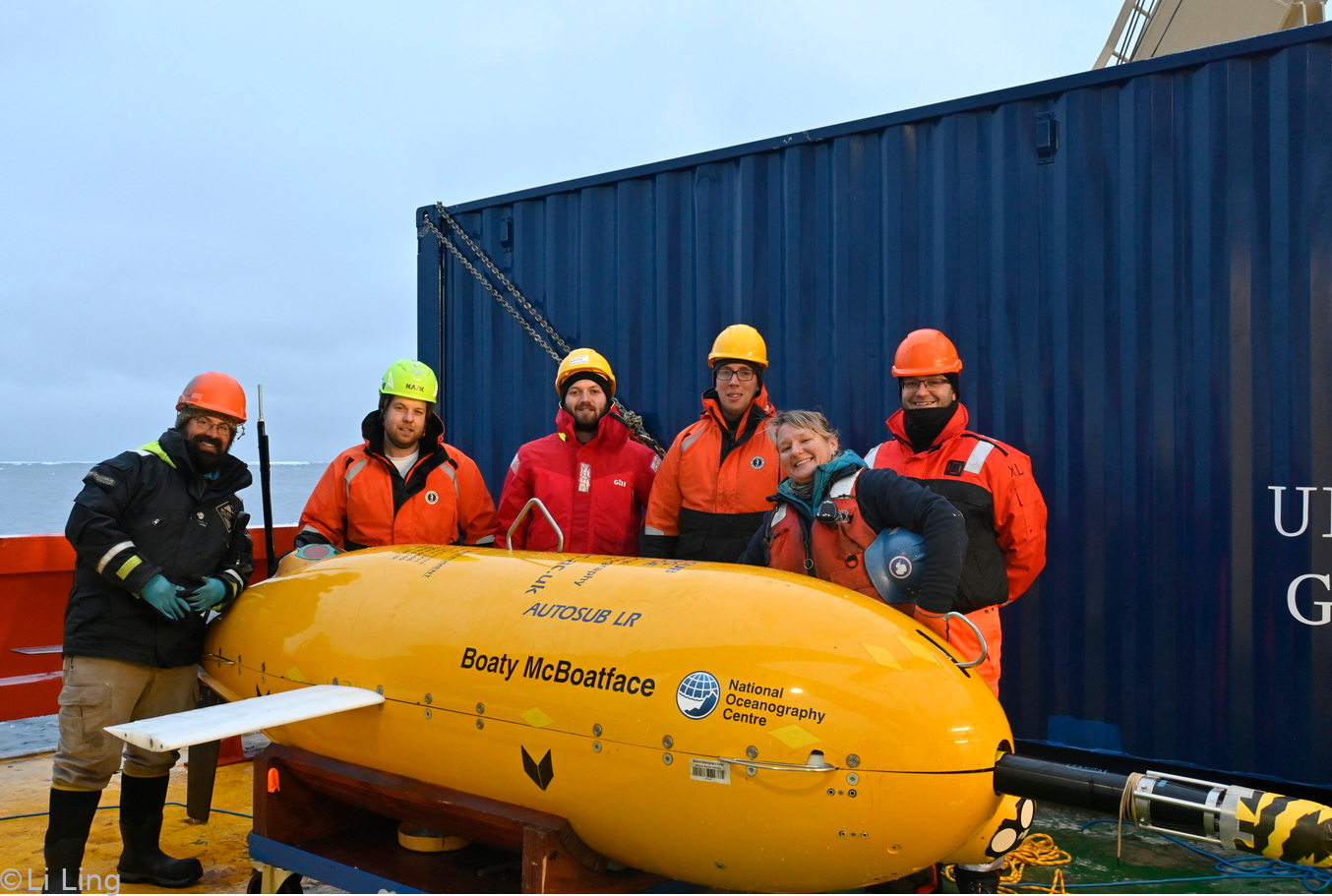 A celebrational photo after the recovery (From left to right: Matt (MT), Rob T., Davide, Ashley, Foretek (MT) and Philip, the ALR team onboard consists of Rob T, Davide and Ashley)