After RAN recovery, the ship headed east to the Bear Peninsula. When transiting down to the Amundsen Sea Polynya at the beginning of the cruise, we saw a pack of seals around in this region, and today we’re heading there for the first seal tagging attempt!

The view at Bear Peninsula was much different from outside the Dotson Ice Shelf, with flat sea ice covering large areas and a few seals scattered on the sea ice. After many days with mainly South Pole Skuas and occasionally Snow Petrels, I’m really excited to see other animals!

The team cruised around for around 5 hours, with a dinner break in between. They took a few samples, but unfortunately they tagged no seals since none of the Weddell seals they saw has finished moulting. So, we will wait for a bit and come back for another attempt in maybe one or two weeks!
Being in the middle of the ice floats, the seal team relies on radio communication with the bridge for potential seal positions and navigation around the ice. One funny thing that happened was that people at the bridge, with their binoculars, guided the zodiac to an ice float with “3 seals” that actually turned out to be 3 emperor penguins 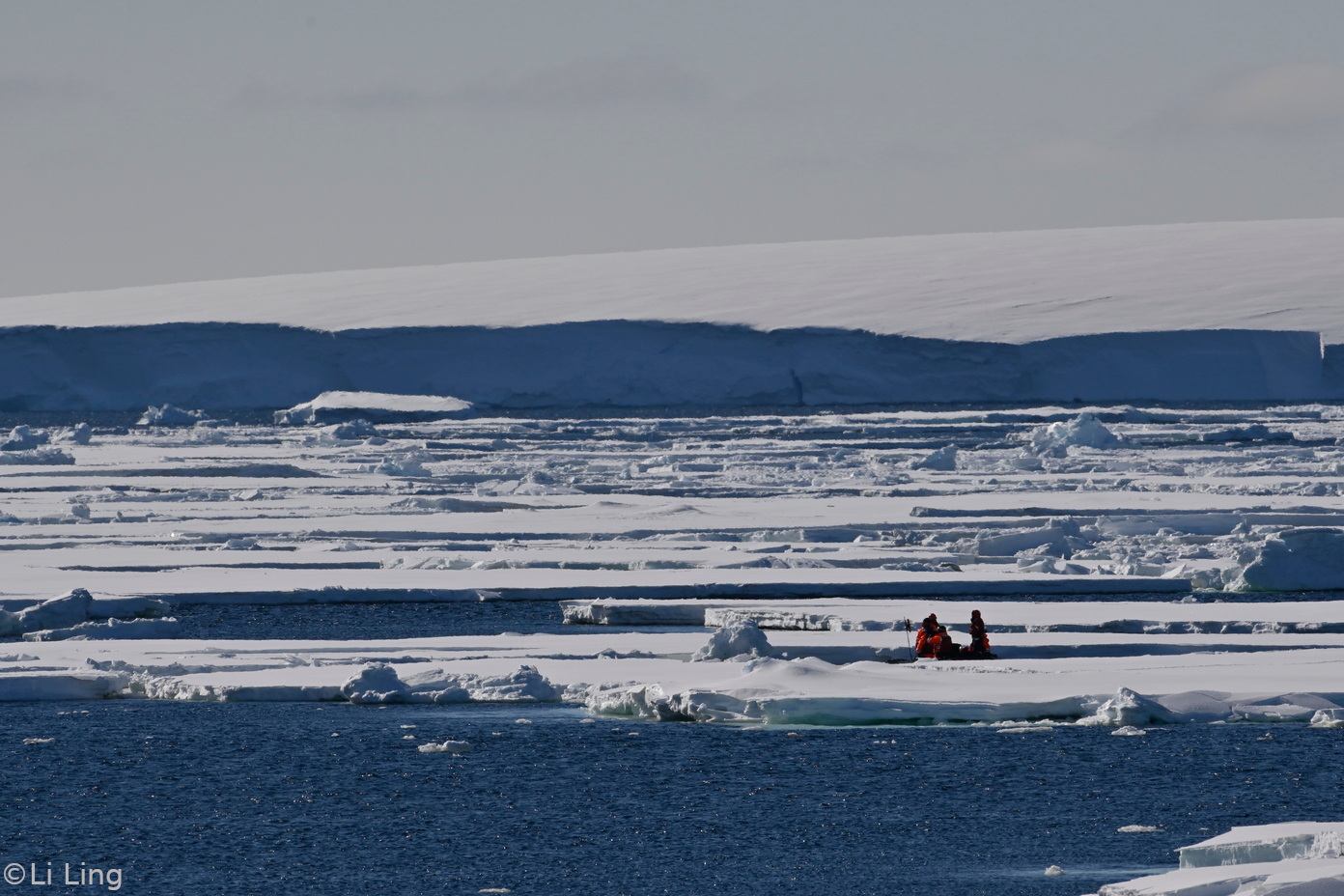