Feb 21: Wraping up at glider land

When I got up today the world has changed… We were previously planning on doing the CTD/LADCP section at Getz A today, move back to Dotson for Hugin deployment and then pick up the gliders on our way home.

However, half way through the Getz A sectioning, we received request to rescue one glider a bit further north from the Dotson Ice Shelf. The weather was actually perfect for glider recoveries, so we paused the sectioning to rescue the glider. While we were at it, we decided to pick up the other gliders still out for operations as well. So, in the world of glider land, the science operations are now complete! 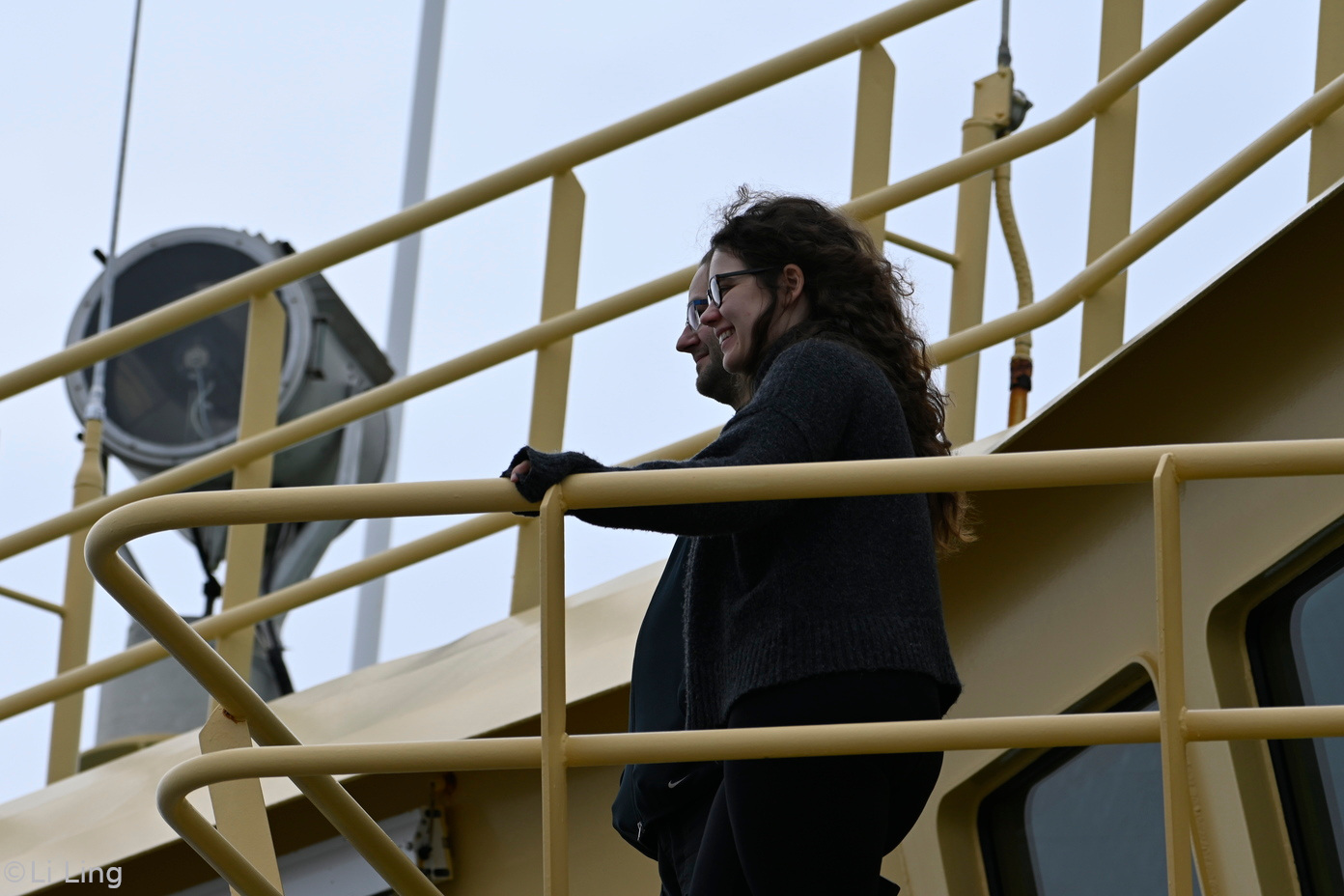 Philip and Daisy, both from the glider team, checking out the glider recovery today from the bridge. The weather is quite warm today so we can stand outdoor without our jackets!

We started out with 7 gliders (6 SeaGlider + 1 SeaExplorer) in January, and got back 5 of them (4 SeaGlider +  1 SeaExplorer) plus months of oceanographic data. Of the two gliders that did not make it back to the cruise, one is stuck under either a big iceberg or a big piece of sea ice, and the other had battery issue. We lost satellite communication with them, so unfortunately there is no way of recovering them… But, perhaps some skuas will end up finding new friends during the next Antarctic summer