Today after lunch we had a full science meeting, where a few of the PIs (principle investigators) presented the datasets that we collected during the cruise. Despite never getting anywhere close to the Thwaites Glacier (our initial cruise destination) due to the sea ice conditions, we managed to gather a lot of data at Dotson Ice Shelf and at Getz A and B Ice Shelf. Probably enough data to keep the scientists busy for a few years!

On something completely different: sometimes happiness on the ship can be as simple as having cup noodles! Or at least sharing the last spicy Korean instant noodles on the cruise with friends 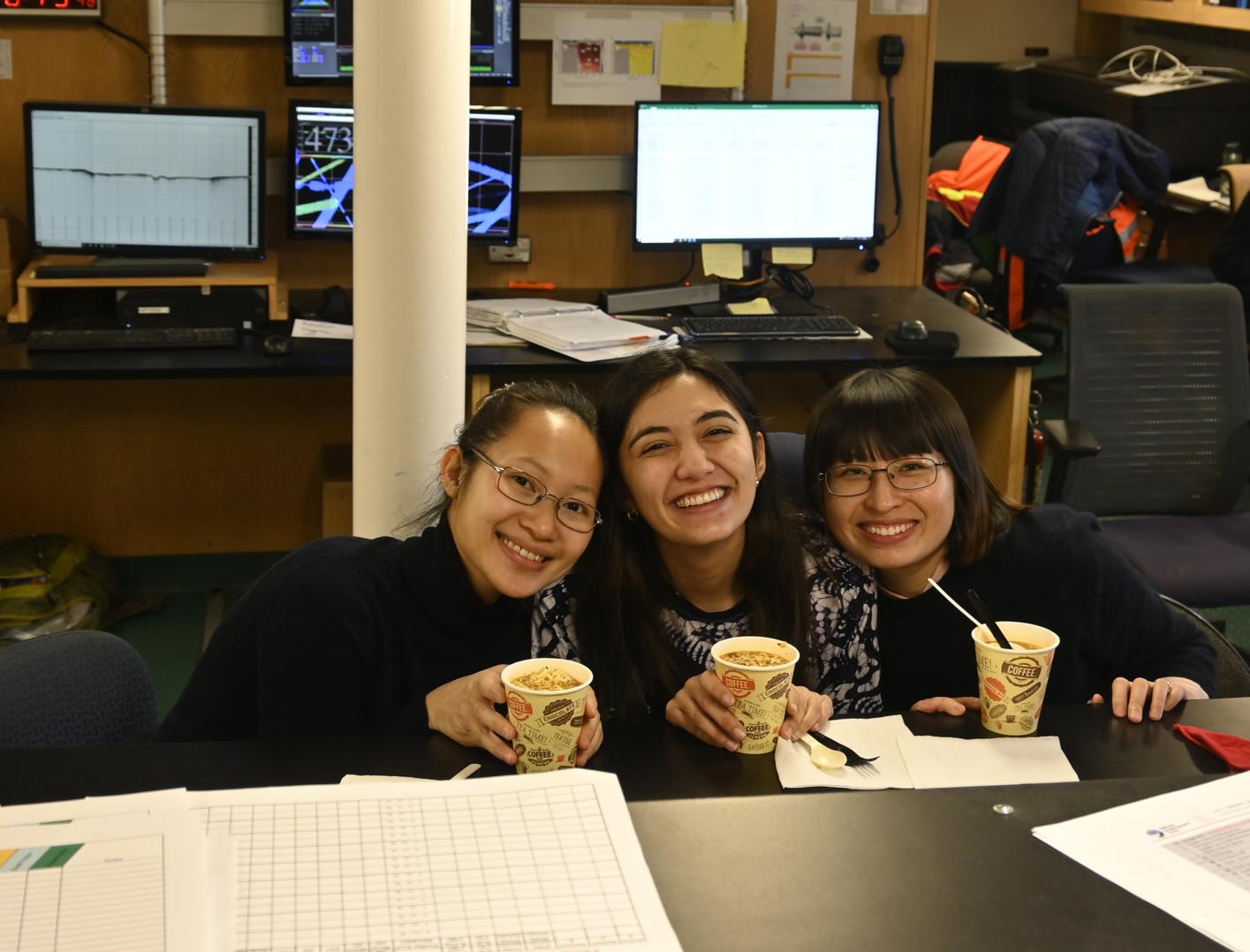 Three happy faces each with 1/3 of the last pack of spicy Korean instant noodles that Asmara has been keeping in her drawer (From left to right: me, Asmara and Yixi)

After dinner, I stood at the bow for a bit looking for birds. After around 20 minutes with two Blue Petrels, nature treated me with something absolutely fantastic!

First came an albatross flying at a distance!

And then, as I was checking my photos on yet another Blue Petrel, I was alerted by a strange sound to the starboard side. When I looked up, there was a whale! I cannot quite describe the feeling of standing alone at the bow, hearing the open ocean, the wave, the swell and the whale. The experience was just so special and magical! 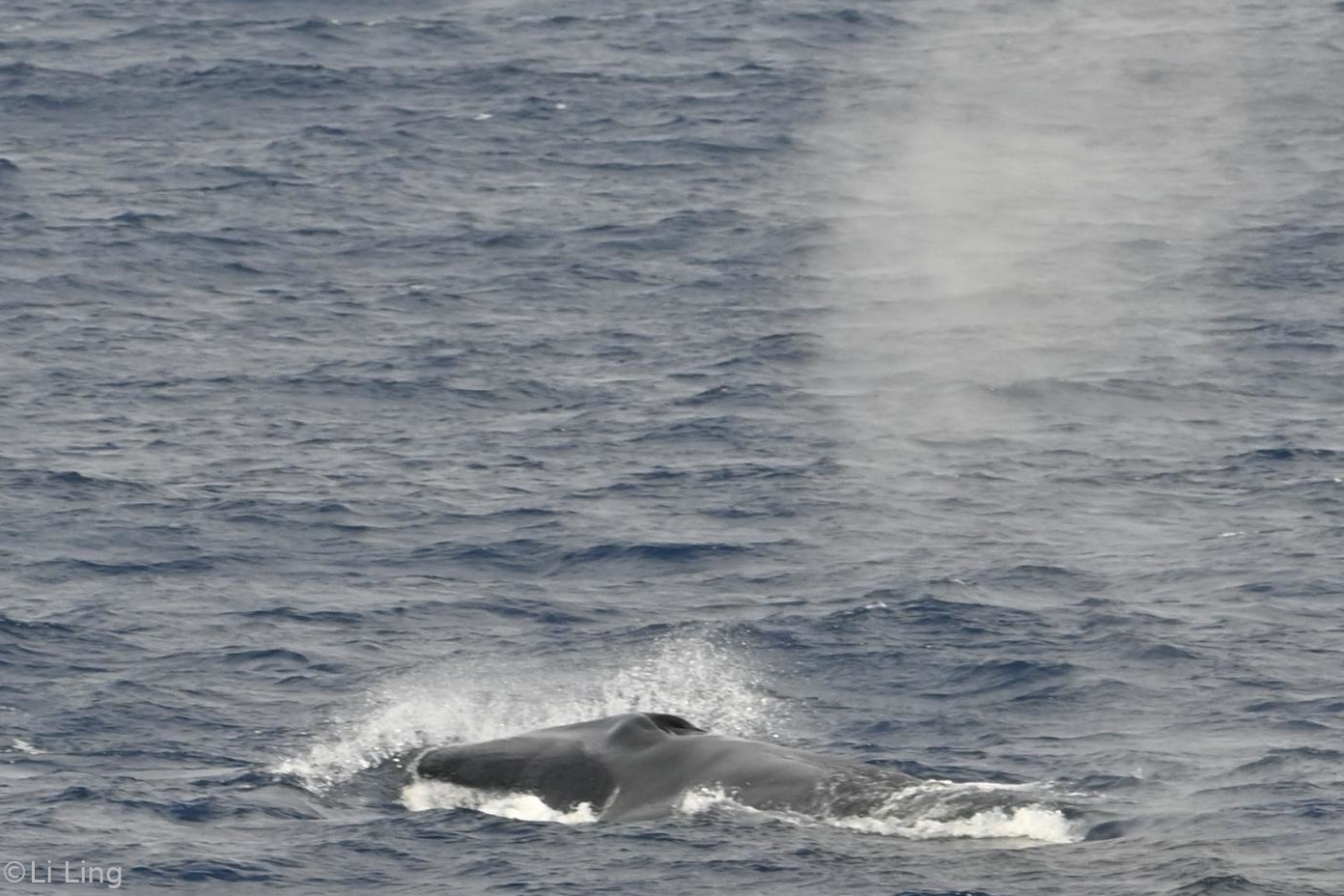 After with Hannah, Gui and Lars, we came to the conclusion that this was probably a Fin Whale, the second largest animal on Earth!