After the seal tagging attempt, the ship followed the eastern side of the Bear Peninsula along a channel packed with sea ice. We maneuvered as far south as we could, until we eventually came to a dead end and could not go further at around mid-night. We did a few CTD stations along the way.

The view along the Bear Peninsula was stunning! Almost everyone awake came outside to enjoy the scenery! 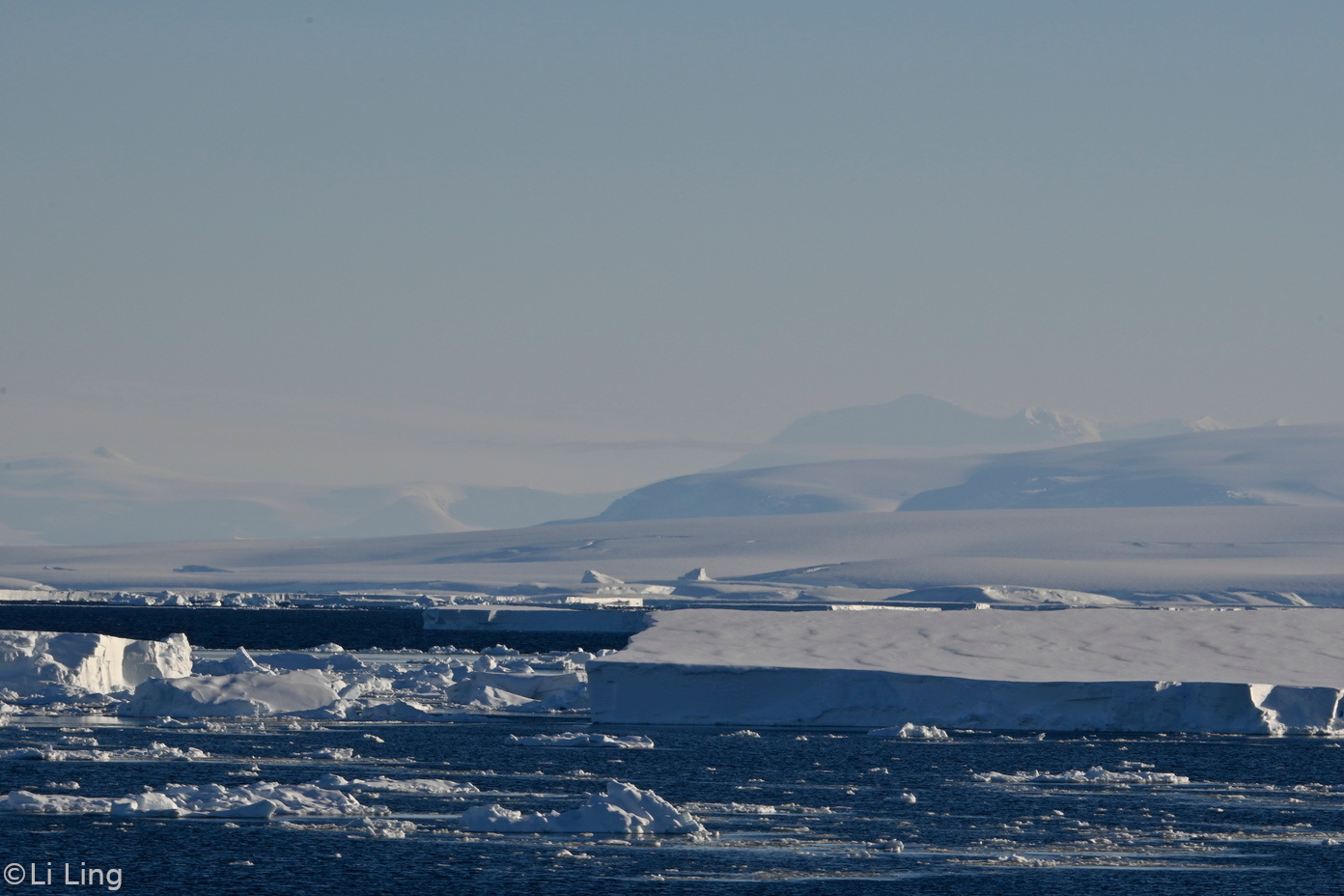 The view along the eastern side of the Bear Peninsula 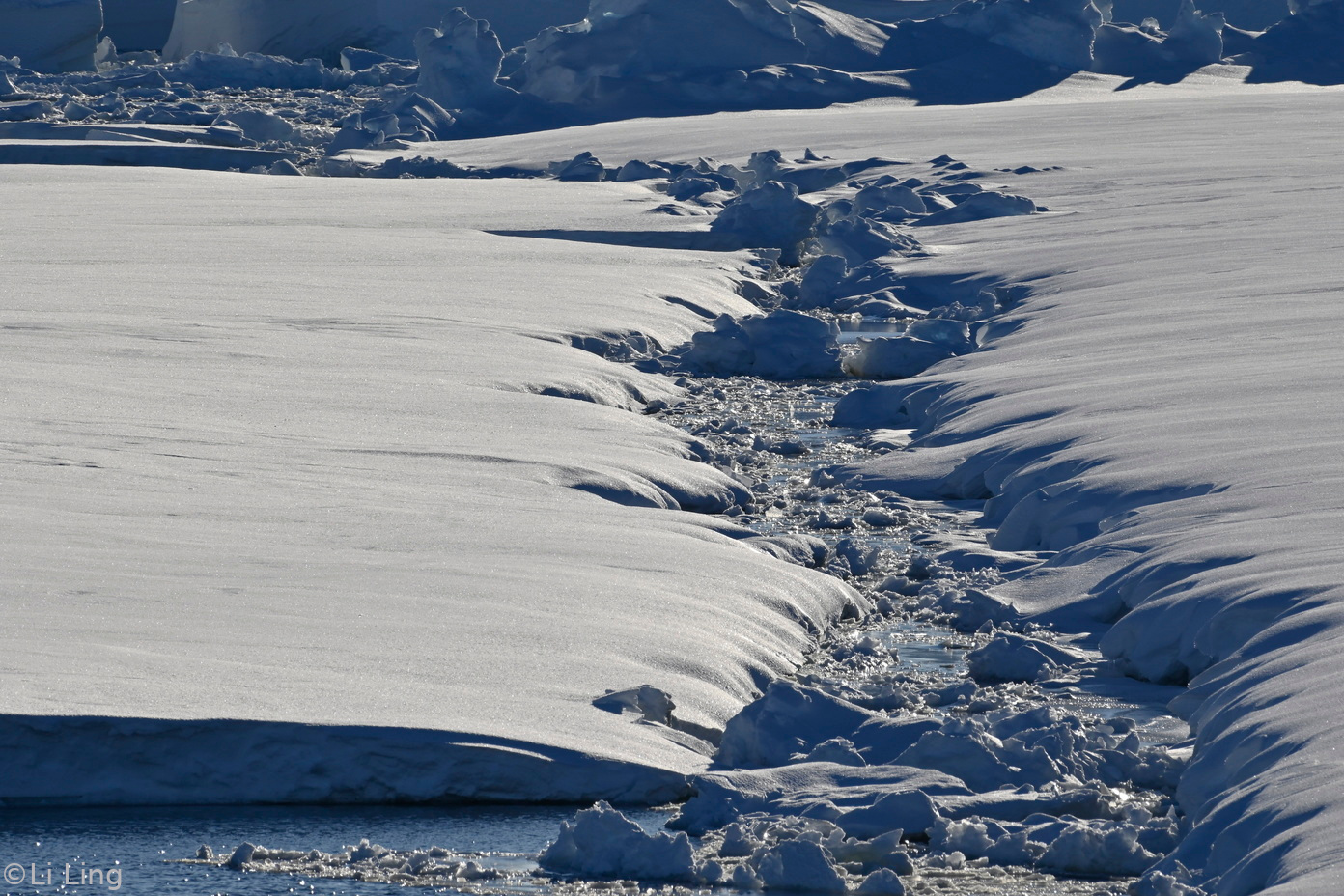 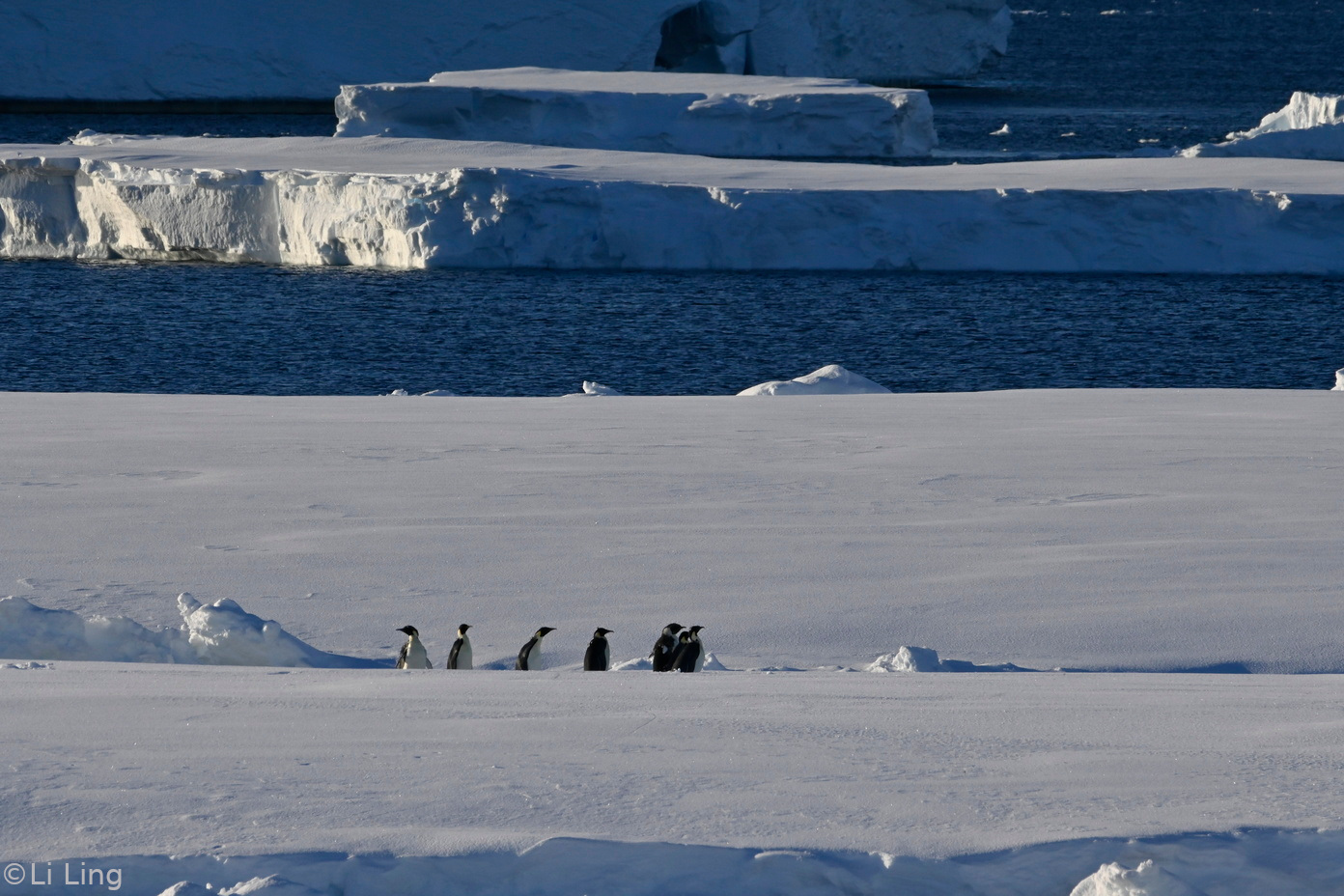 Oh and at around mid-night, we saw a pack of 7 emperor penguins!!! 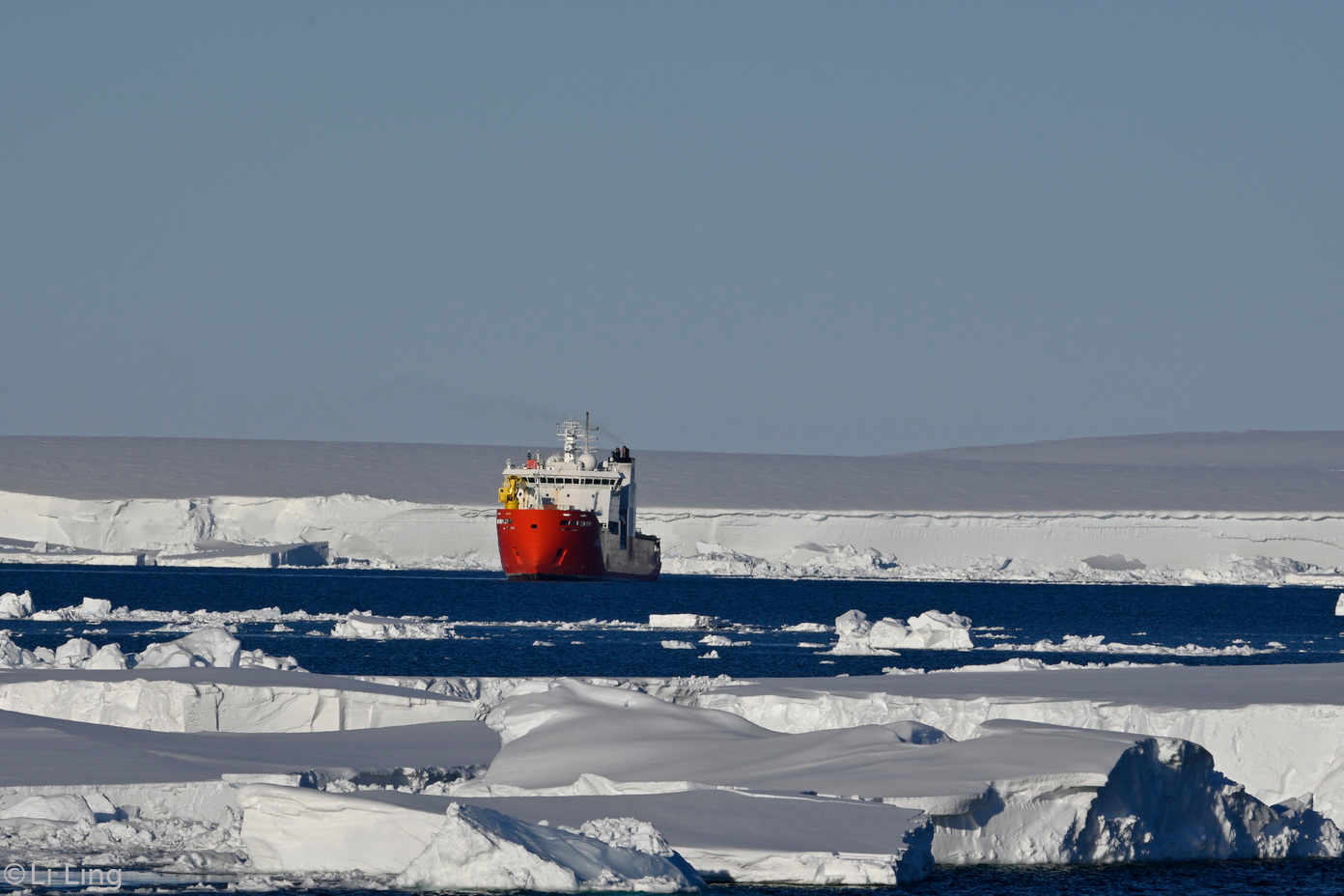 We also found Araon somewhere along the Bear Peninsula!