How many trials are needed for a sensible ice draft map under western Dotson Ice Shelf?

Turns out: at least three times.
The first trial: RAN mission 6, Feb 1. We eagerly downloaded the upward looking multibeam data, played it in Kongsberg’s software for viewing multibeam data. It looked ok! I spent the entire night cleaning it and making a mesh, until in ther morning Anna got up and realized that the navigation was… completely wild

The final navigation error was 4km

RAN was lost, meaning that we had no idea where each multibeam survey line actually were, and whether or not they overlapped… Turned out that there was an overwriting setting that reduced the range of the upward looking DVL, so… RAN basically did almost the entire mission completely blind. The fact that it got back was really a miracle in itself

The second trial: RAN mission 7, Feb 4. Our second attempt for an ice draft map. This time around, we removed the line that overwrote the range of the upward looking DVL, so that the DVL worked at its max range (at least we thought so…). She got back, the navigation? Looked OK! The data? Also looked OK! Hopeful! Until we started unpacking the other data and running Kongsberg’s software for smoothing the navigation errors, and realized that… There was no upward looking DVL data

It didn’t save it. Or, as we later realized, the upward looking DVL was not running

(the blue light that was normally always on was off…)

The third trial: RAN mission 9, Feb 6 (We did a transect from East to West Dotson during mission 8 for a change). This time, we made sure that the upward looking DVL was RUNNING and IN-RANGE! And RAN finally got back with some sensible ice draft data!!! Initially, we plotted the raw data as-is and the ice draft looked really strange. Nothing quite lined up

It took us the entire day to figure out that the port and starboard side of the multibeam were flipped around. When it was finally plotted correctly, things lined up!

So, three trials, and we finally got the world’s first under ice multibeam data on ice draft! 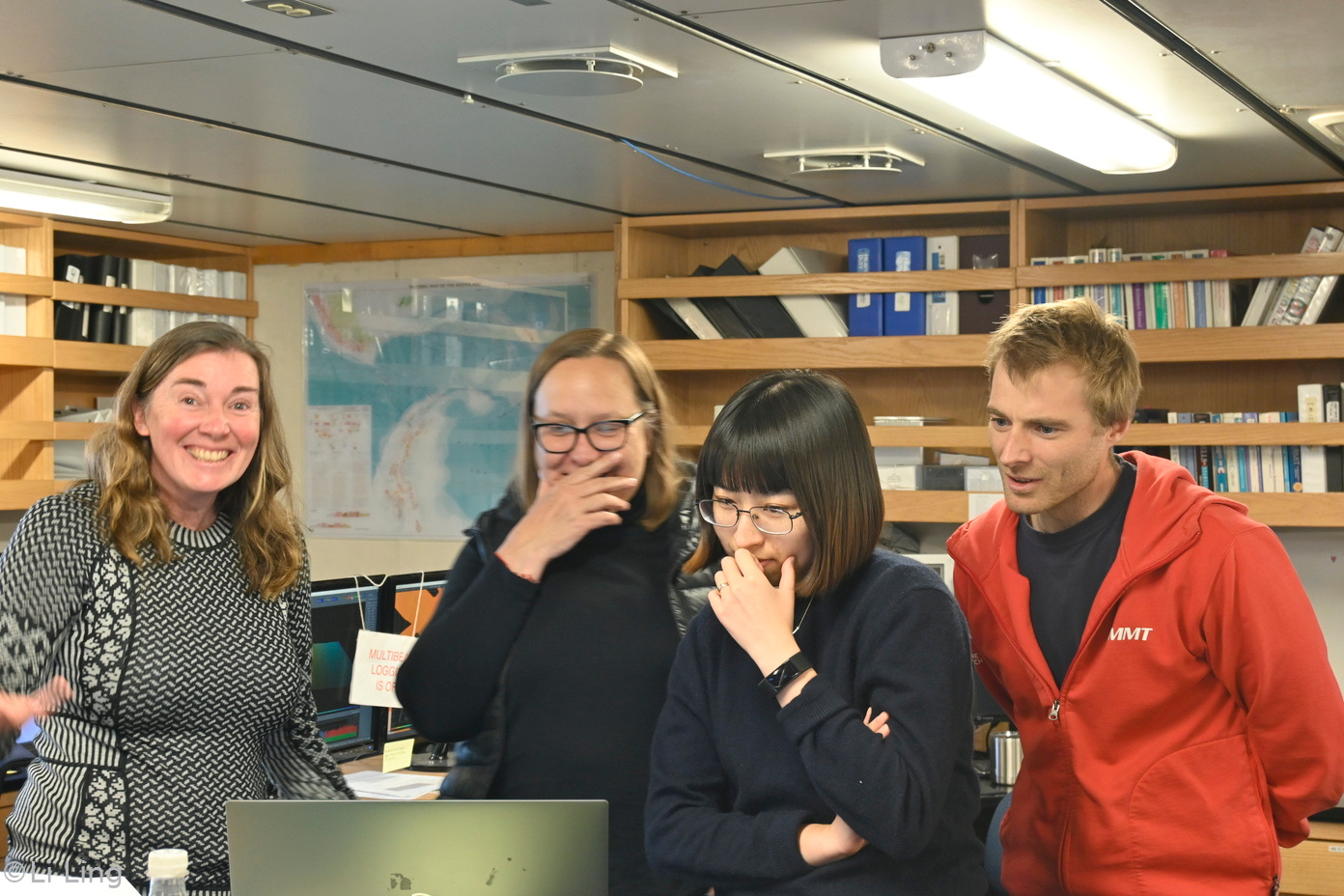 Anna, Julia, Yixi and Mark (from left to right) at the ice draft that finally made sense! 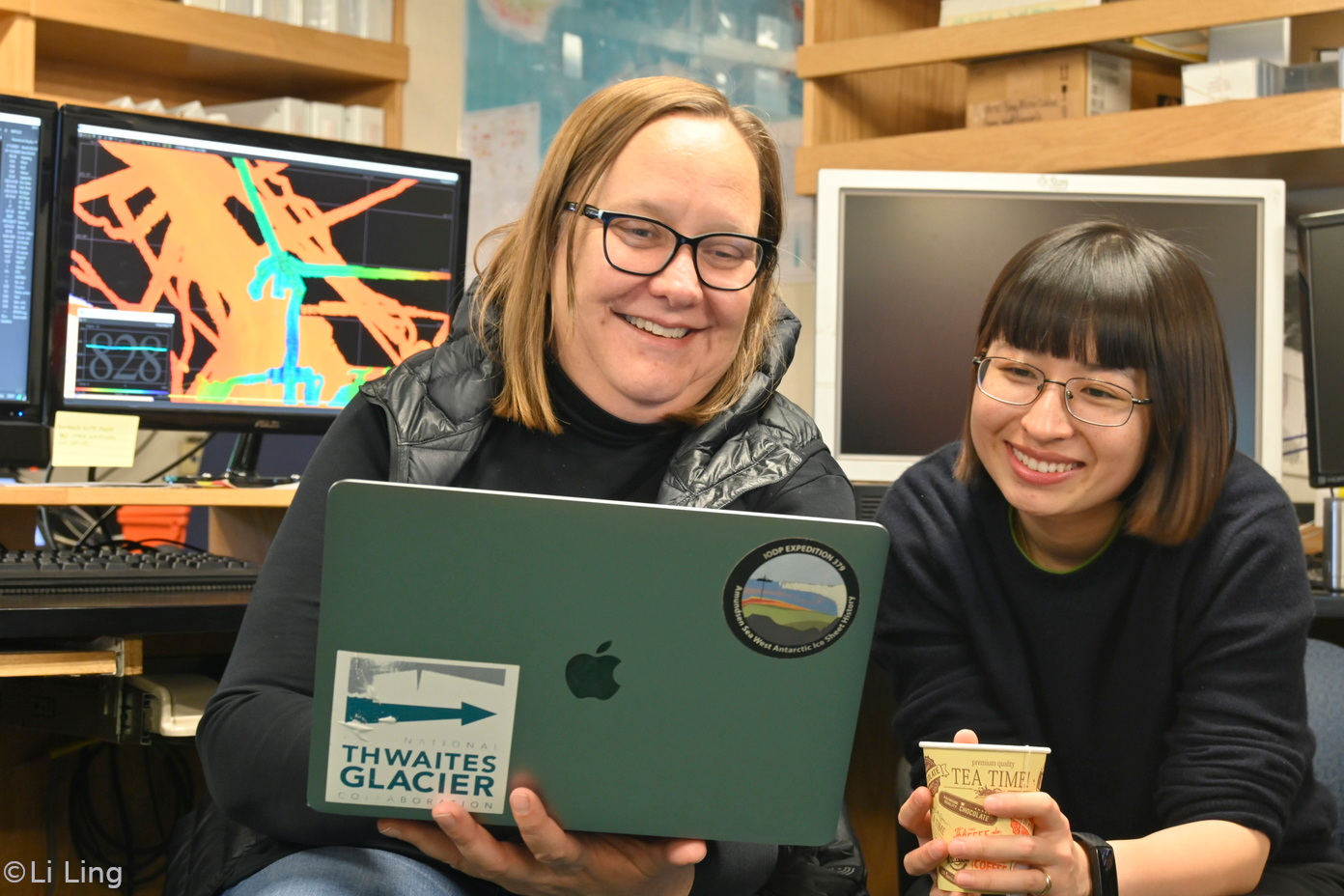 Oh and during all these missions, we’ve successfully collected water samples from closer to the bottom of the ice in the Dotson Ice Shelf! Look forward to seeing some analysis of the water samples after the cruise!