Mar 2: More packing up and a remote interview

Today is yet another busy day for people with samples to pack for shipping. 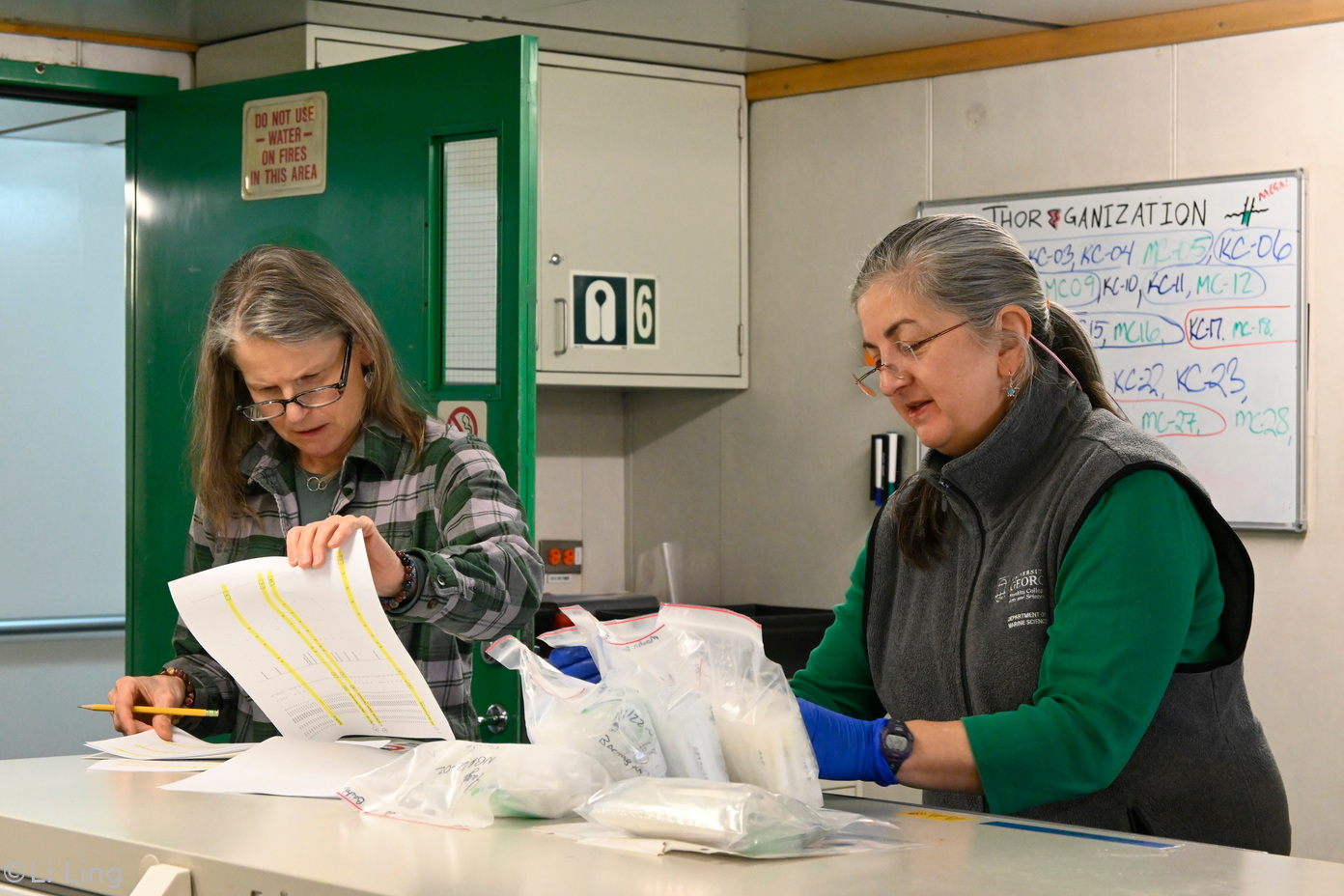 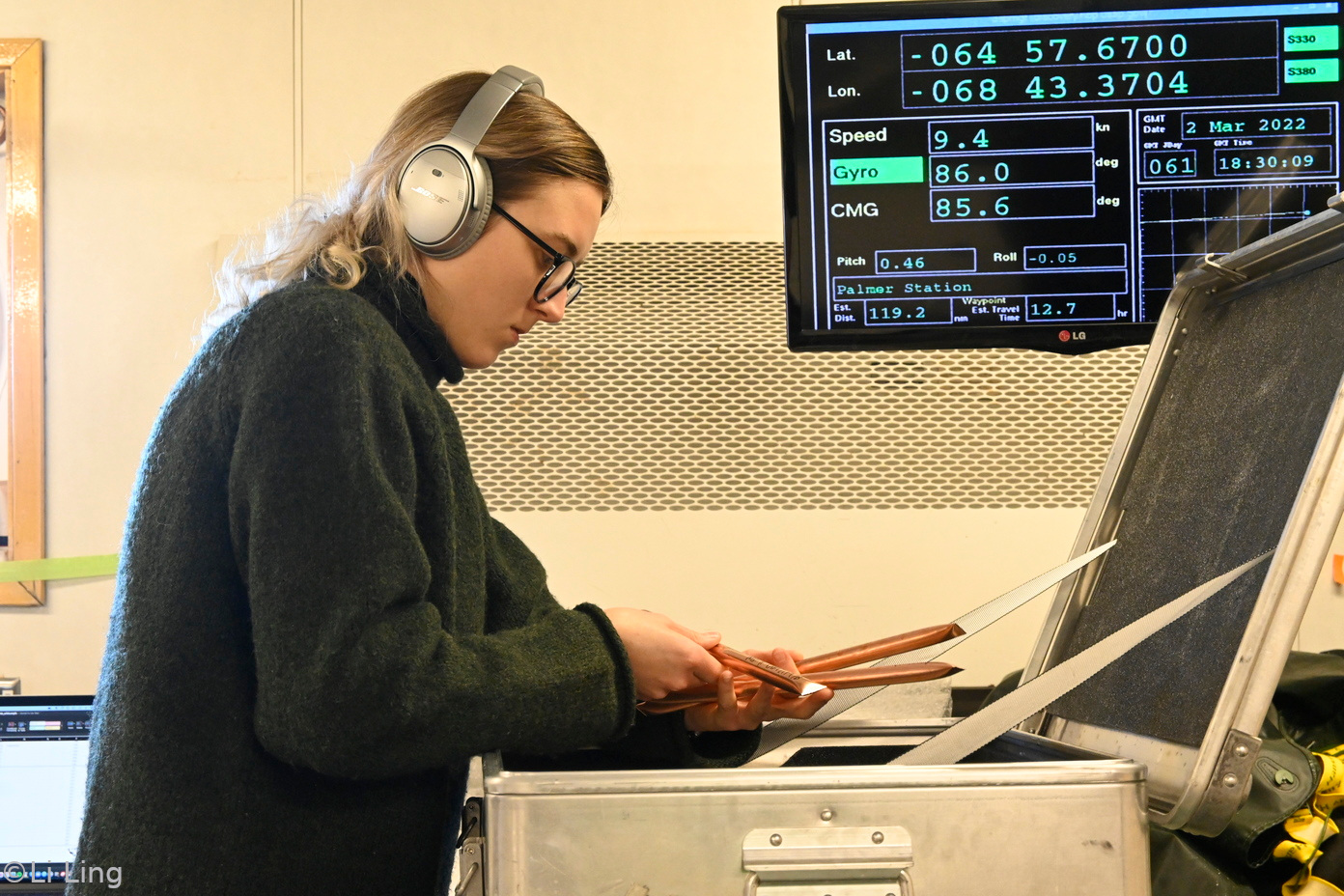 Laura from TARSAN packing her copper tubes with water samples

From today and on, we’ve revived the after-lunch science talks that we had during the transit down to Antarctica in January. In today’s session, Laura had a presentation on noble gases and how they can be used as tracers for water masses due to the stable properties, which is really cool! The copper tubes that Laura was packing in the picture above contain water samples that will be used for noble gas analysis.

Towards the evening, four of the PIs conducted a remote interview with CNN and The Weather Channel. The interview required video streaming from the ship, which is… Rather challenging giving our unstable Internet connections. As such, we dedicated all the bandwidth to the interview and turned off Internet access for everyone else from half an hour before the interview. The Dry Lab was isolated during the interview, but I was lucky enough to get the chance to practice interview photography 🙂 The interview went great and we only lost connection twice! 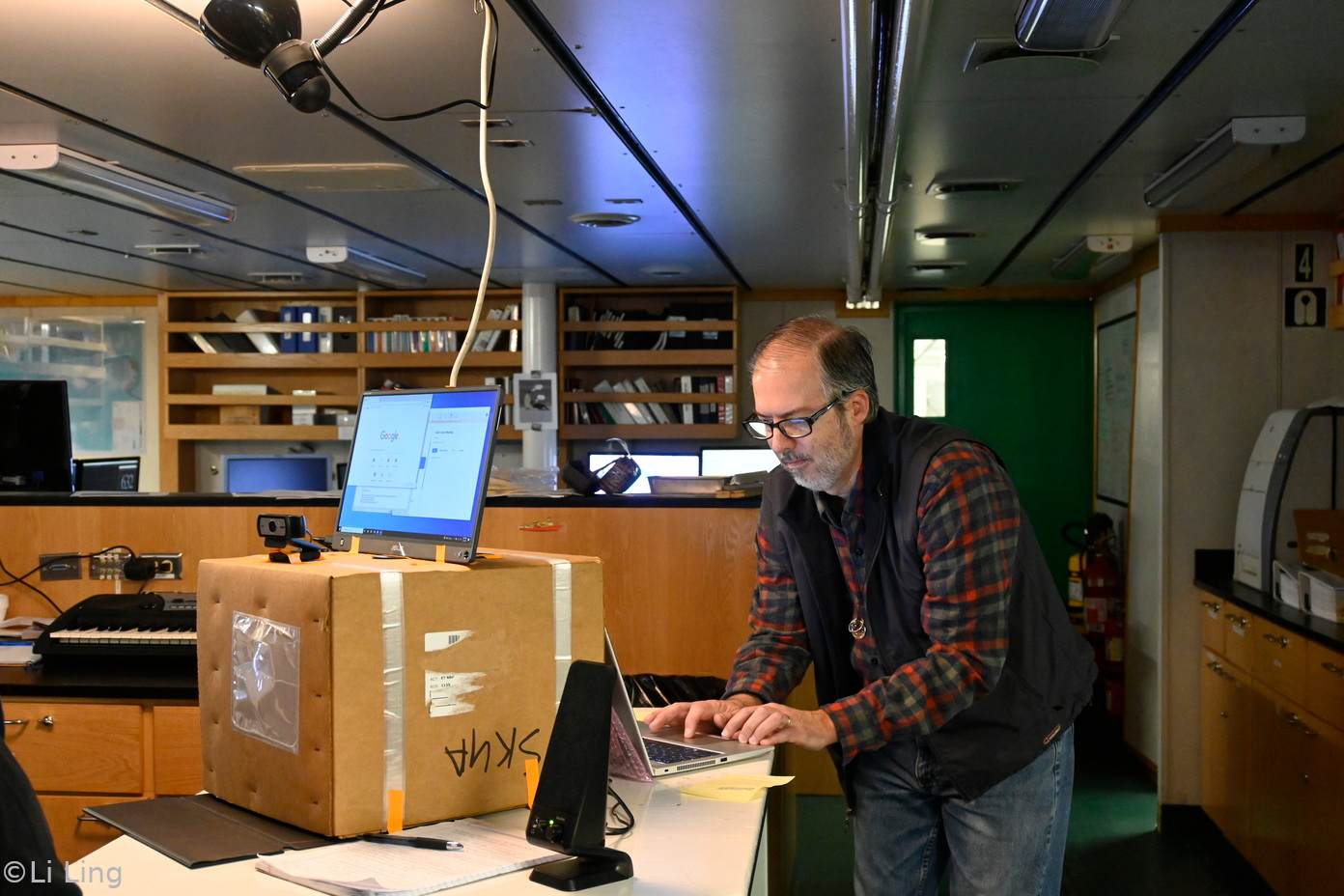 Scott (IT) cleverly engineered the entire interview set up! The set up was somewhat ad hoc, as can be seen from the cardboard box holding up the camera… But it worked great! Here is Scott doing some final testing before the interview begins 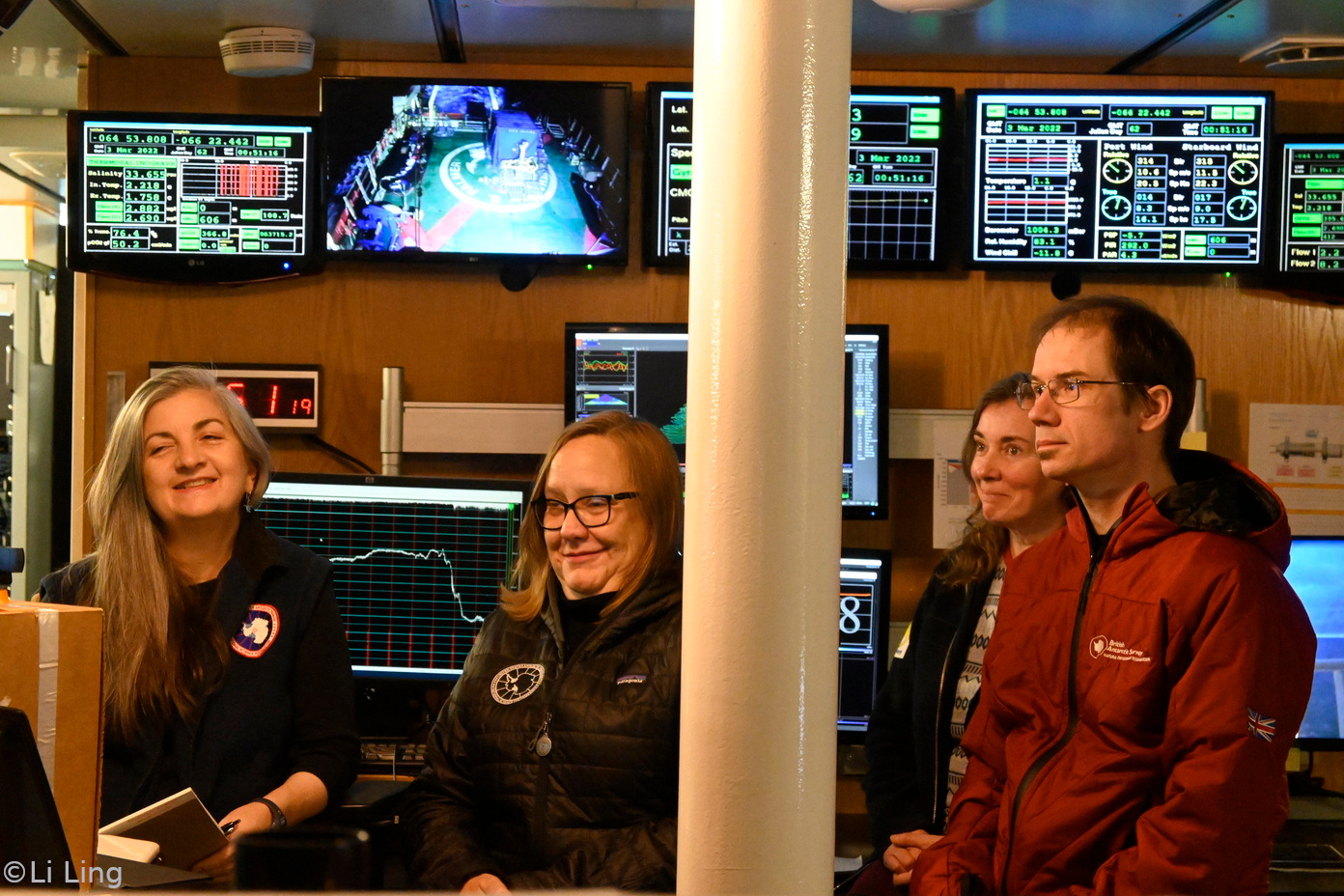 The four PIs participating in the interview (From left to right: Patricia/Tish Yager from ARTEMIS, Julia Wellner from THOR, Anna Wåhlin from TARSAN and Robert Hall from TARSAN)