What do we do when there is (almost) no more science experiments happening on the ship? Well, yesterday and today Anna initiated the project of semla making! Semla is a traditional Swedish pastry that we eat around Fat Tuesday. It is a fluffy bun with cardamon. The bun is split into two so that the we can stuff almond paste and cream in the middle. Definitely the signature Swedish pastry in January/February/March! 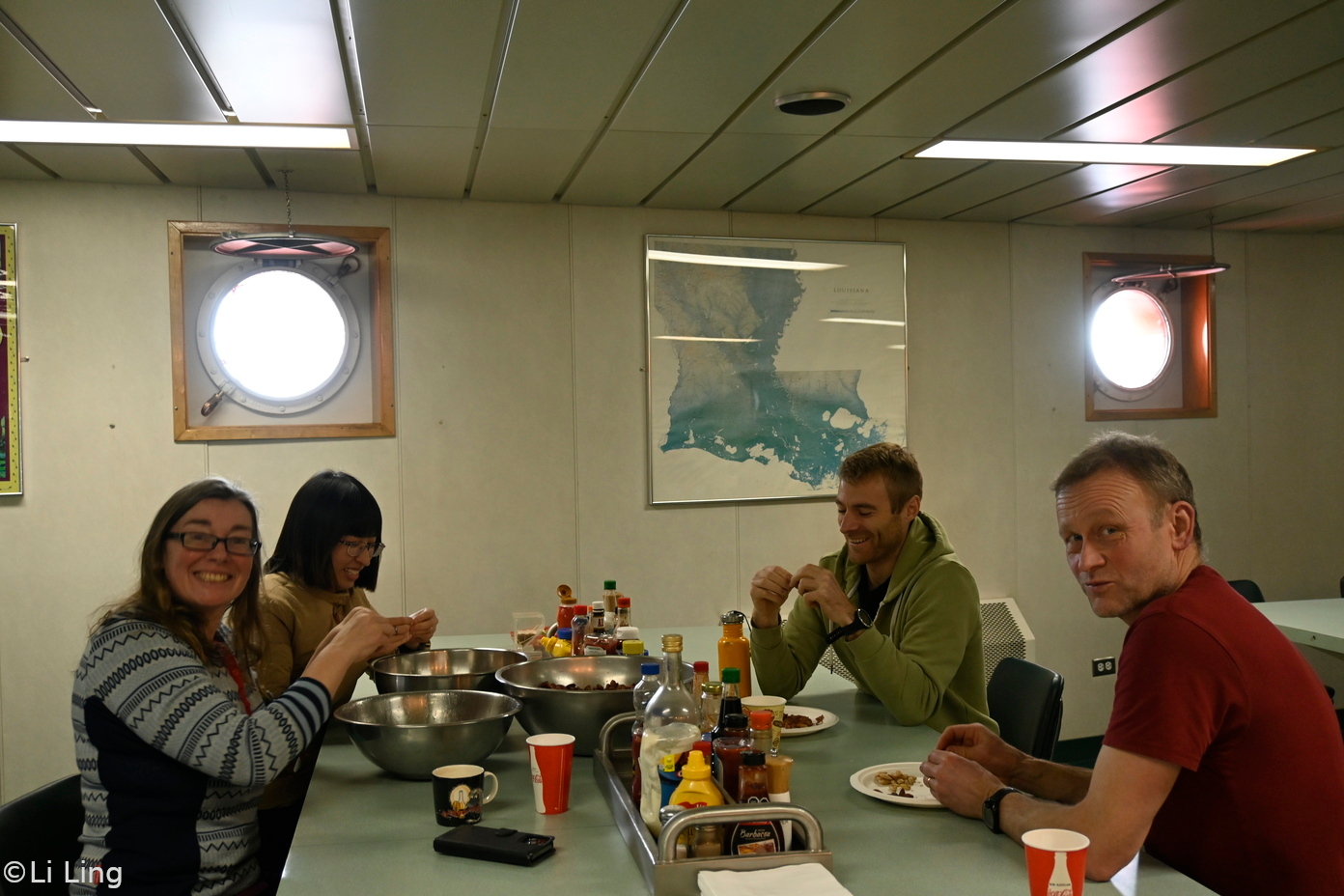 Aerial, one of the AB cooks that is very good at baking, helped us cook the almond yesterday, and we hand pealed a big bow of almond for paste making

Aerial helped us bake the bread, prepare the almond paste and the cream.
Then, after the science meeting today, it is time to actually assemble the semla! 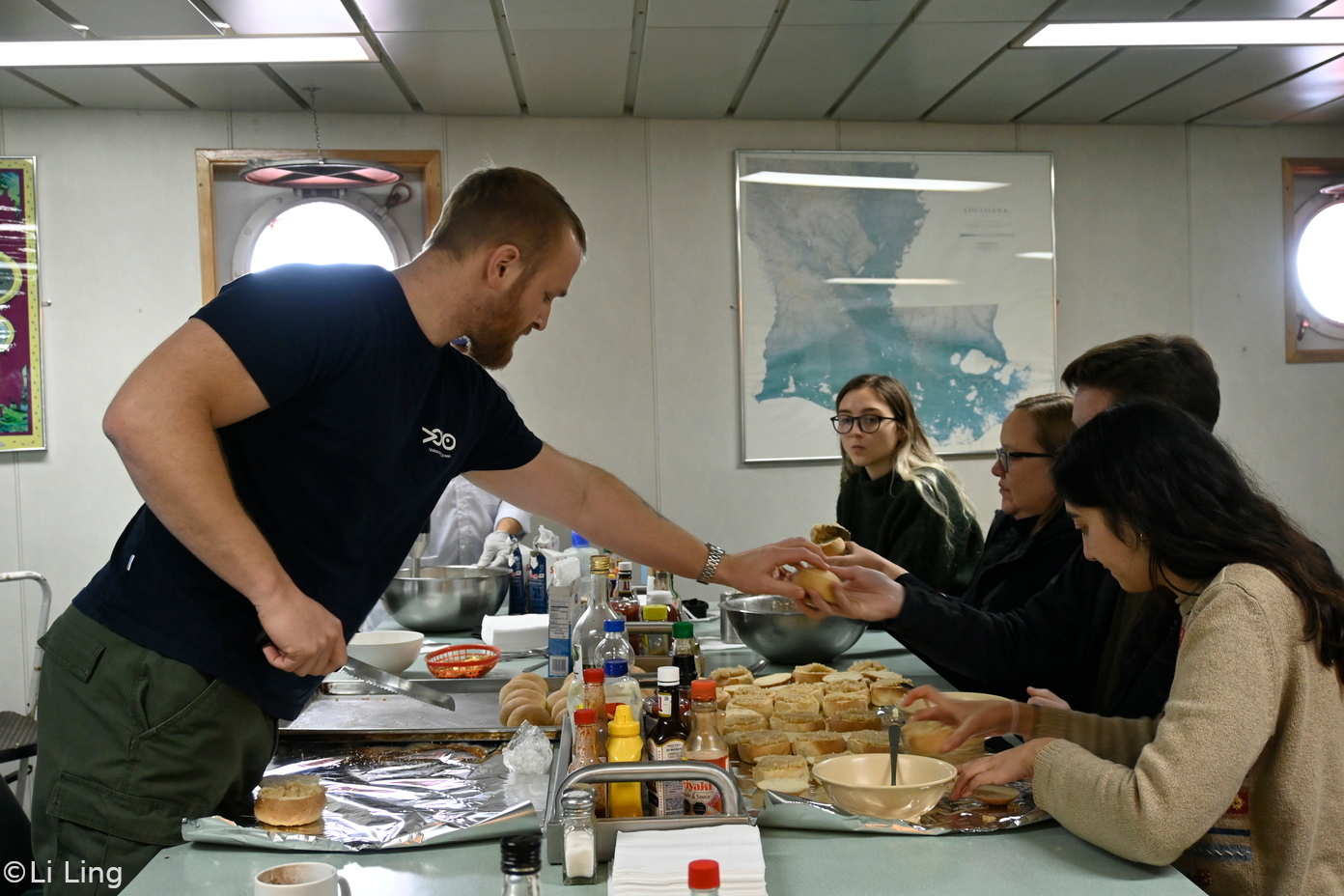 Some of the semla making in action today (To the left: Callum; To the right from back to front: Laura, Julia, Michael and Asmara) 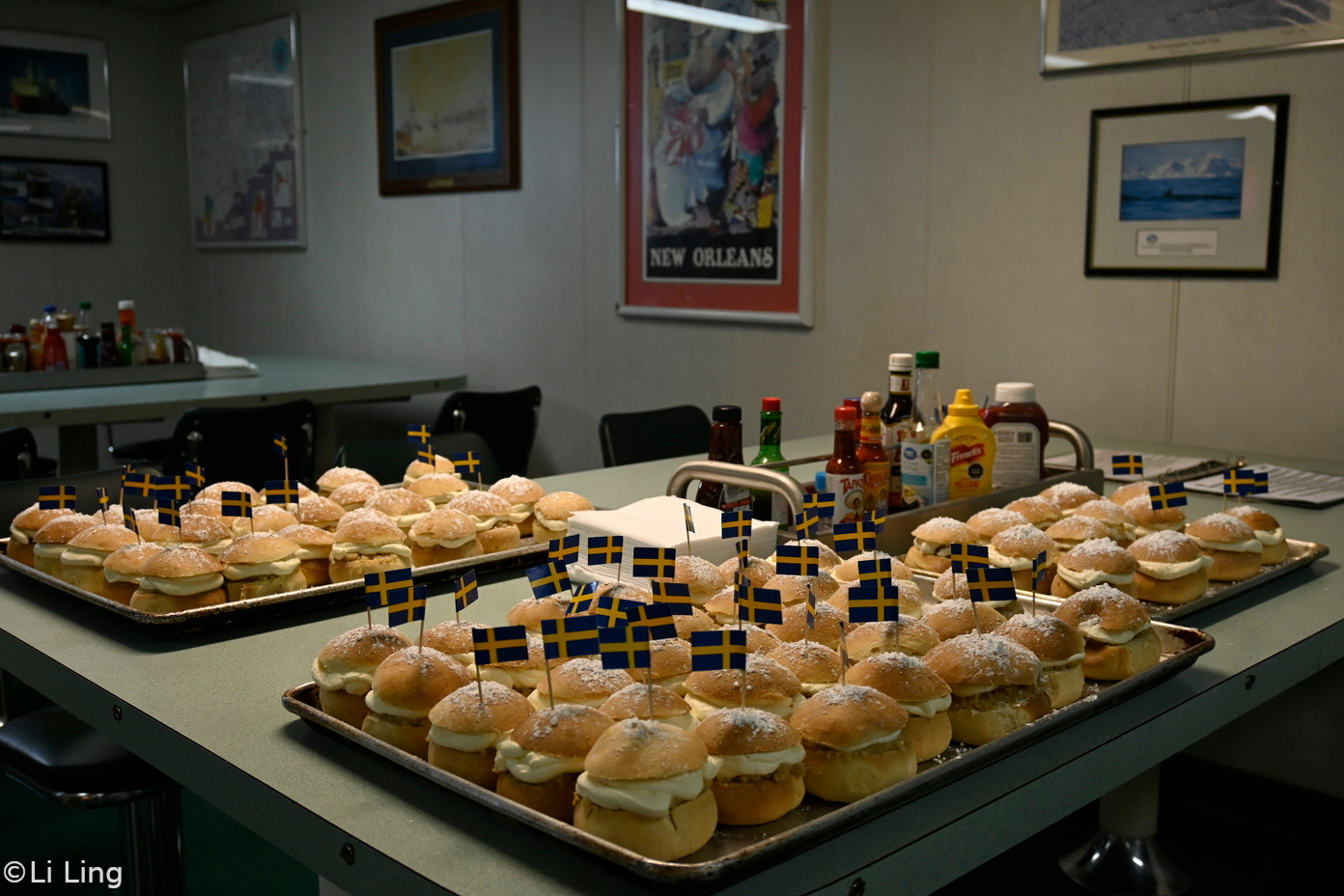 The final product, there is one per person on the ship 🙂