Mar 6: Crossing the Drake Passage and Picture a Scientist movie

Today we are speeding our way through the Drake Passage. The stronger wind will arrive in around two days, but by then we should be well shielded by South America 🙂

A lot of Storm Petrels were flying around and behind the ship today. These are birds of ~15 cm in length and ~40 cm in wingspan. I’m always very amazed of how these tiny birds survive in the open ocean with no limits visible to human eyes. Nature is simply incredible! 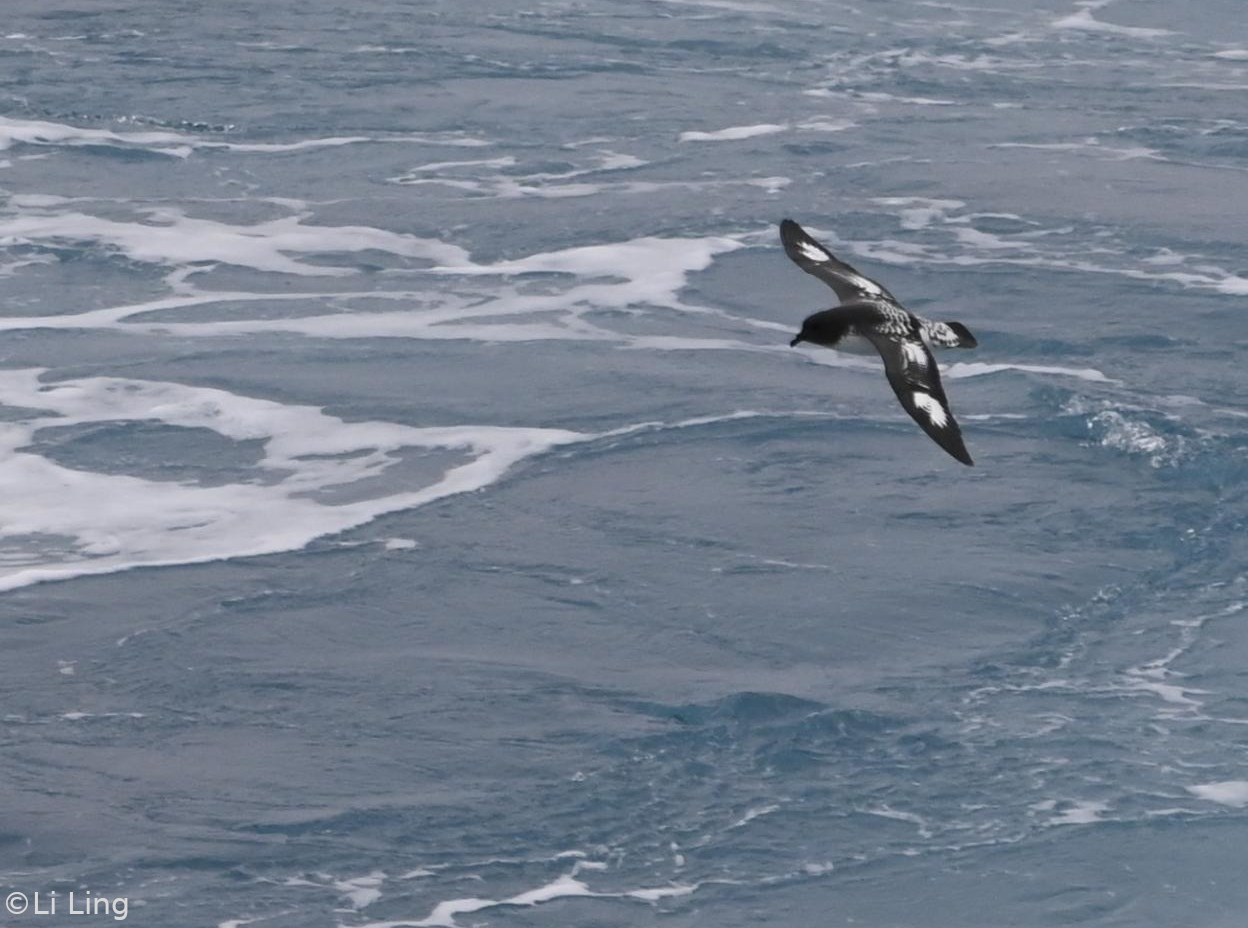 Oh, and a Cape Petrel showed up when I was trying to capture the Storm Petrels! They have really pretty patterns on their back.

During the past three days, Gui, Asmara and Julia had the initiative of screening the movie Picture a Scientist onboard NBP. The movie is a documentary of gender inequalities in science. Several high profile female researchers openly discuss the discrimination that they have experienced in their career and some of the things they did to make science a more friendly place. Among all the things, the message that I remember most vividly is a simple psychology experiment that showed how most people, or dare I say everyone, have an unconscious bias that associates male with STEM subjects. This unconscious bias is constructed from the shows we watch, the books we read, the people we interact with and everything else that exist in the social environment. With such bias, associating STEM subjects with other minority groups requires more mental effort. Anyway, I’d really recommend the documentary if you are  nterested in such subjects!